Kidney function – Why are kidneys so important? 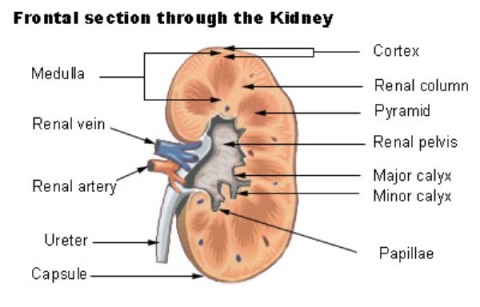 In order to appreciate the hugely important role that kidneys play in keeping us fit and healthy, it is necessary to understand how they perform their work within the body. Learning more about kidney function can be quite useful when dealing with kidney problems. Thus, in this article we are going to examine in some detail how the kidneys function, and learn about the main processes in which they are involved.

The kidneys are very sophisticated filtering and reprocessing organs. Each day, the kidneys filter around 180 liters of blood and produce about 2 liters of urine containing waste products and extra water. In order for the urine to be expelled from the body it flows to the bladder, through tubes called ureters, where it is stored until its release through the process of urination.

Wastes and toxins in the bloodstream can come from the regular breakdown of active tissues, such as muscles, and also from food. Food is used in the body for energy and self-repairs. When the body is done extracting the nutrients it needs from the consumed food, many of the waste products land in the blood. Waste products include, the nitrogenous wastes called “urea”, from protein catabolism, as well as uric acid, from nucleic acid metabolism and ceatinine. Kidneys are responsible for filtering out these waste products and if they are unable to do so, due to kidney related problems and diseases,  these waste products can build up in the blood and end up causing damage to the body.

The actual removal of waste products from the bloodstream is accomplished by very small units, located within the kidneys, which are called nephrons. Each kidney contains about one million nephrons. By filtering the blood, the nephrons regulate the concentration of water and soluble substances such as sodium salts. The nephrons ensure that materials that are still needed get reabsorbed and the rest get excreted in the urine.

Yet, while certainly highly important, the removal of waste products and toxins from the bloodstream is only one of the many functions of our kidneys. As touched before, through the process of reabsorption the kidneys make sure that materials which are essential for many bodily functions are not lost (in excess) through the filtering process. Nutrients that can be reabsorbed  include glucose, amino acids, potassium, sodium-chloride as well as water.

However, a chronically high blood pressure can damage the blood vessels within the body, particularly the smaller and finer ones, such as the ones found in the kidneys. The damaged kidneys may in turn fail to remove excess water from the body, which may in turn result in higher blood pressure leading to a very dangerous cycle.

The kidneys are also responsible for producing important hormones such as Calcitriol and erythropoietin. Calcitriol is also known as the active form of Vitamin D which has many functions in the body including: immune system enhancement, contribution to bone health, regulation of phosphorus and calcium levels and even cancer prevention.

The hormone erythropoietin also plays an important role as it is responsible for stimulating the production of red blood cells (erythropoiesis) in the bone marrow. Thus, it plays a role in supporting the supply of oxygen to the muscles and to the brain. A lack of this hormone may lead to a condition called anemia which is characterized by chronic fatigue, overall weakness and lack of concentration resulting from a suboptimal level of oxygen in the body.

These are certainly some of the most important functions performed by the kidneys which show how important they are for our overall well being. It would be unfeasible to cover in detail all of the functions and processes performed by the kidneys within one article. However, if you would like to learn even more interesting and detailed facts about kidney function, then we encourage you to watch the videos presented below (though you should be aware that they go into quite some detail!): 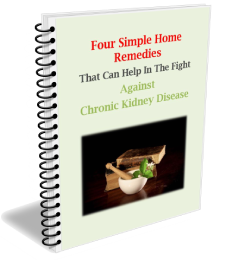